Client was initially charged with a hit-and-run. Later throughout the trial, the State added in a DWI charge. There was no chemical testing, no field sobriety testing, no testing at all. Surely, it was worth taking to trial.

However, a couple days before trial was to start, the State finally caved in and offered Client a Careless Driving plus Petty-Misdemeanor Hit-and-Run rather than a DWI. In the end, Client kept his driver's license and avoided the damage that often comes with a DWI on one's record.

Sometimes, even if a case doesn't end up going to trial, preparing for trial and aggressively negotiating can achieve good outcomes! Client was pleased. 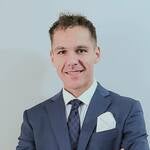